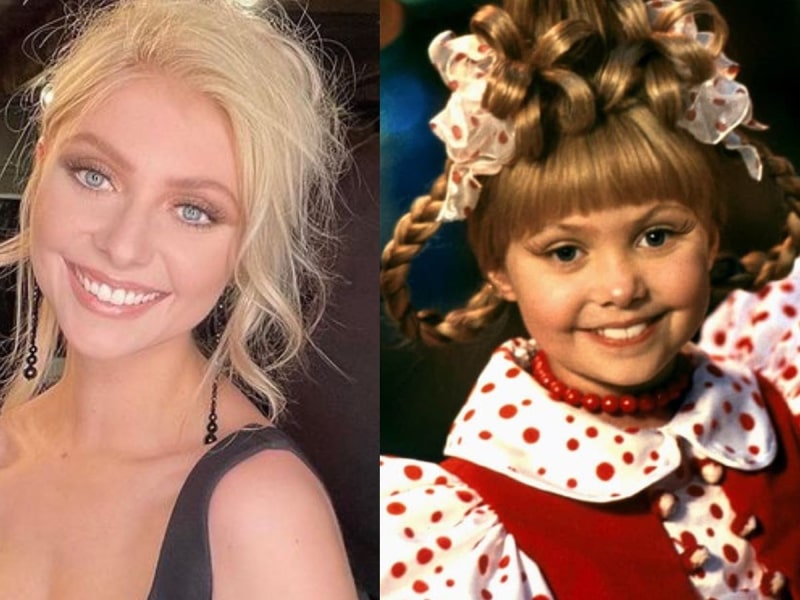 The real name of Cindy Lou is Taylor Michel Momsen. She got huge popularity with her character name Cindy Lou Who in the movie “How the Grinch Stole Christmas”. She is also popular with her character “Jenney Humphrey” on the CW’s teen drama series named “Gossip Girl”. She is not just an actress but also a songwriter, singer, and model.

She was born on 26th July 1993 to Michael and Collette. She has Russian ancestry.

In 2000, she played her most popular role as Cindy Lou Who in the series “How the Grinch Stole Christmas”. This was her break-out role. Then in 2002, she played Gretel and Alexandra in “Hansel and Gretel” and “Spy Kids 2: The Island of Lost Dreams” respectively.

Then her career was on hold for three years until she gets a lead role in the WB series named “Misconceptions” but the show never got aired.

She was part of the popular series Gossip Girl from 2007 to 2012 as Jenny Humphrey. She is also a great singer. In 2009, her band signed a deal with Interscope Records and released her debut album titled “Light Me Up”. The album helps her to gain fame in the music world. It was very hit that some of its songs were featured in the “Vampire Diaries” series and also in the movie titled “Kick-ass”.

She says her true love is music therefore she stopped taking acting work to get time to merely focus on her musical career. Apart from being an actress and singer, she has been the cover girl for several magazines named “Seventeen”, “Maxim”, “Revolver” and many more. She is also the brand girl for John Galliano’s perfume.

She attends “Our Lady of Lourdes Catholic School” for her elementary education. Later she attend Herbert Hoover middle school in Potomac, Maryland. She completes her high school education in Manhattan at “Professional Performing Arts School”. Also, she got a ballet or dance education at the Center of Creative Arts in St. Louis.