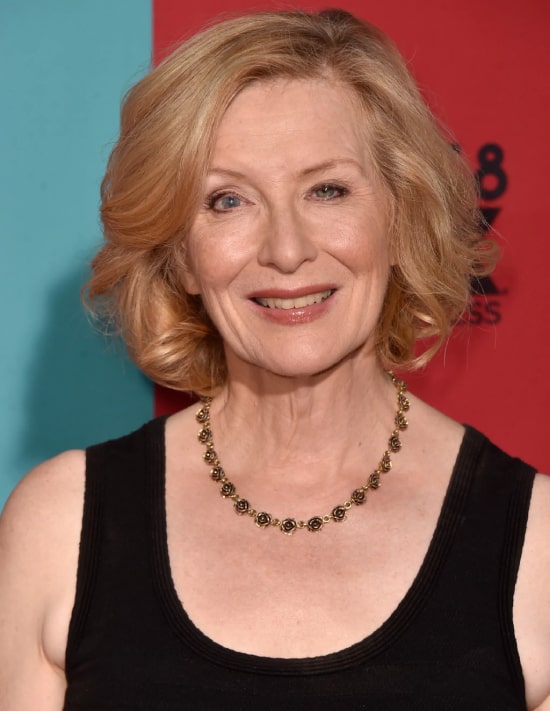 Frances Conroy is an American actress. She is acclaimed for her popular role in the television series “Six Feet Under”. The character Ruth Fisher in this series made her win Golden Globe and three Screen Actors Guild Awards” in 2004.

She was born on 13th November 1953 in Monroe, Georgia, United States. Both her father and mother work in business. Her father was a business executive. Her net worth is approximately $4 million. According to sources, her right eye got injured in a car accident and she undergoes through surgery.

Has played a wide range of roles in huge arrow films and television projects. She has done admirable work in live-stage productions as well. Before her screen debut in Manhattan in 1979, she performed in many New York Shakespeare festival productions. Her stage career begins in 1970. Among all the characters she played, the most famous one was Ruth Fisher in the “Six feet Under” shoot from 2001 to 2005. She got her to break through in the 1980s by playing Othello.

She has done a lot in her stage career appearing in many productions including “Our Town”, “The Ride Down Mt. Morgan”, and “A Bright Room Called Day”.

She has a long history with television. She made her television debut in 1982, before that she worked as a live stage performer with several productions. Some of her big television projects include American Horror Story, “Desperate Housewives”, “Six Feet Under”, “How I Met Your Mother”, “Love Bites”, “Happy Town”, “Grey’s Anatomy”, “The Twilight Zone”, “Crime Story” and many more.

She was cast in a movie in 1979 and since then she is working in films. She can also be seen in multiple film projects including “Falling in love”, “Amazing grace”, “Scent of a woman”, “The Crucible”, “Welcome to Happiness”, “No pay”, “Nudity”, All-star Superman”, “Manhattan”, “Rocket Gibraltar” and many more.

The latest movie “The Tale” that has been released on HBO on 26th May 2018. She has been nominated for and won several awards for her contribution to the entertainment industry.

She attended her high school in Long Island. Then she joined Dickinson college where she was a member of the mermaid players group. In between her studies, she goes for performance in stage productions. She is a graduate of the Juliet school’s drama division.

She got married to Los Angeles-based TV actor, Jan Monroe in 1992. The details of the relationship have been kept secret by the couple.