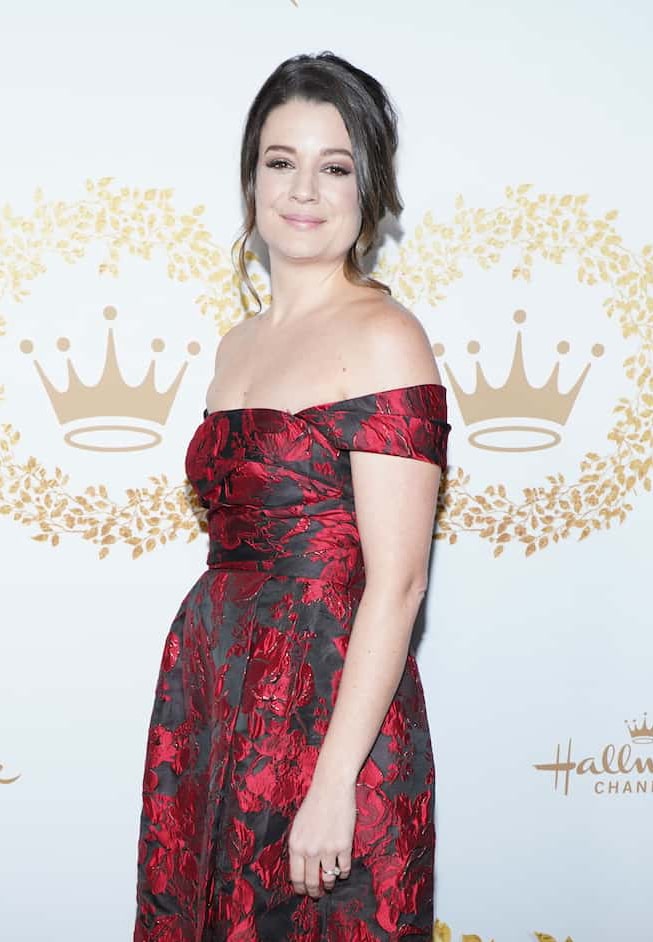 Kimberley Sustad is a famous Canadian Actress who was born in Ottawa, Ontario, Canada. She is working in the entertainment industry for a long time. She has gained huge popularity with her performances in the movies; The Twilight Zone, Travelers, and A Bride for Christmas to name a few.

She was born on 27th May 1987 in Ottawa. She is the daughter of Graham (Father) and Sylvia (mother).

She started her career in the year 2009 by acting in a short film titled “Live Henry Live”. Before taking her interest in films and television, she worked with several theatre productions.

‘One Slight Hitch’ and ‘Boeing-Boeing’ are theatre plays, she has worked on before acting in films and television. In the year 2011, she portrayed the role of Nikki in the comedy Tv movie titled “Thunderballs”.

In 2013, she acted in the movie named ‘Baby Seller’ and Christie in Benjamin Ratner’s film ‘Down River’. Later in the year 2020, She was directed by Ali Liebert in the movie “Spotlight on Christmas”. She has also worked in Hallmark Channel Original Movie; ‘A Bride for Christmas’ in the year 2011 directed by Gary Yates and written by Barbara Kymlicka where she portrayed the role of Vivian Patterson. Later on, in 2014, she was seen portraying the lead character of Marilee White in “The Nine Lives of Christmas” directed by mark Jean and written by Nancey Silvers.

In the years 2016 and 2019, She has appeared in many hallmark movies such as “All Things Valentine”, “Hearts of Christmas”, “walking the dog”, “Cooking with Love”, “A Godwink Christmas”, “Sense, Sensibility & Snowmen” and many more. In 2020, she has shared the screen with actor Paul Campbell in the movie “Wedding Every Weekend” directed by Kevin Fair and written by Julie Sherman Wolfe. The following year another movie got aired titled “Christmas by Starlight”. The duo has been appreciated by their fans for their excellent chemistry and performances.

Furthermore, Sustad had been nominated for the “Leo Award” in the year 2019 for her lead role in the movie ‘A Godwink Christmas’.

She possesses a passion for theatre and acting since her childhood. She is a graduate of Trinity Western University, Langley Township, Canada.

She is happily married to her long-time boyfriend Scot Sustad who is a community builder, Entrepreneur, CEO, and founder of the Arrival store. She is a mother to twin daughters named Vienna and Arl. She has also been blessed with a third girl child.