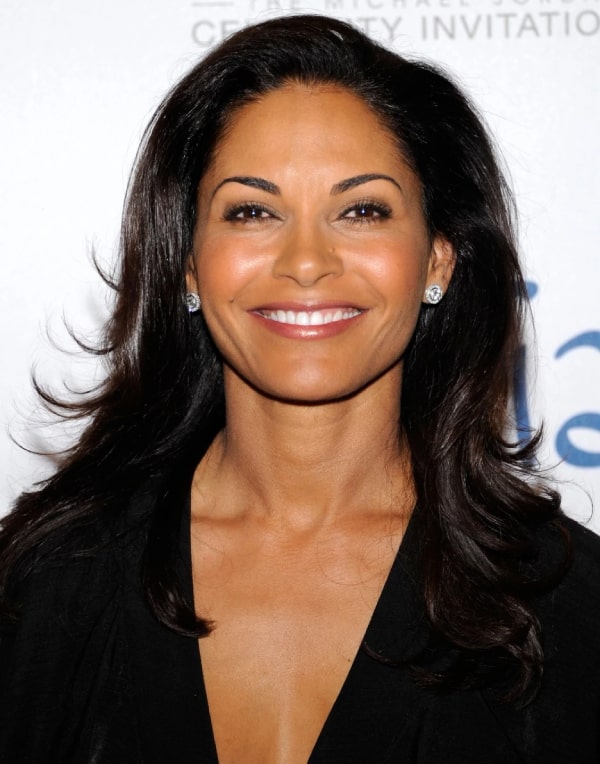 Salli Richardson is an American actress. She is famous for her role as Angela in the movie titled “A Low Down Dirty Shame” in 1994 and for Dr. Allison Blake in the sci-fi series Eureka which runs from 2006 to 2012. Her voice acting as Elisa Maza on Disney animated series titled Gargoyles was also popular.

She was born on 23rd November 1967 in Chicago, Illinois. Her mother is an African American who operates a recording studio in Chicago and her father is an Irish-Italian who worked as a director of neighborhood relations and educational programs at the University of Chicago.

Apart from being a successful actress, she is also a producer and director. She began her career in theatre before coming on television series and movies.

Though she has done a lot of work in theatre still it was not easy for her to get suitable roles in television and films. In Chicago, there are less developed film communities in Los Angeles and New York. She gets a few minor roles in Chicago film shots and gets opportunities to work in several commercials. She dreams to become an actress which makes her move to Los Angeles.

At the start, she got difficulty finding a suitable role then, at last, she won a major screen role in the 1991 film titled Up Against the Wall but the movie was not a hit therefore she does not get much recognition. Then she starred in many films named “Prelude to a Kiss and Mo’Money.

Her work in television was more successful and she played a recurring character in the hit series titled “CSI: Miami” in 2003. She can also be seen in several episodes of the “House MD” and “New York Undercover”. Although most of her roles in both TV and films were supporting she has got a lot of success in the entertainment industry with her continuous acting work in several movies and TV series

In high school, she used to play tennis and then launched her acting career in the Kuumba workshop theatre there. She got graduated from the University of Chicago laboratory schools in 1985.

She got married to her long-time boyfriend Dondre Whitfield on 8th September 2002. They have two kids together.