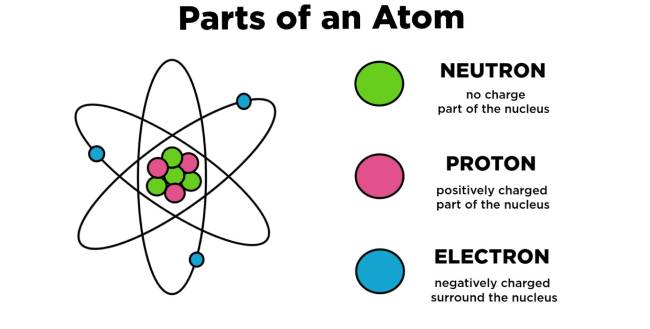 Ernest Rutherford Discovered the Proton. The person behind the discovery of Proton,  Ernest was a physicist born in New Zealand. After the great Michael Faraday, he is referred to as the greatest experimentalist. As a part of his work when he started off, he discovered half-life which was the fact that nuclear transmutation occurred from one chemical to the other in radioactivity. This discovery led to his awarding of the Nobel Prize in 1908. If not for his ability to research and experiment to such an extent, he would not have been the first Oceanic and Canadian Nobel Laureate.

Later after moving to the University of Manchester in 1907, he proved that helium nuclei are what alpha radiation is. After not being able to prove if the nuclei were positive or negative he created the Rutherford model of the atom, as a discovery from the gold foil experiment. Also conducting research that made the atom split, in 1917, through a nuclear reaction between alpha and nitrogen particles, which led to the discovery of proton, where he also named it. Later in life after, under his mentorship, James Chadwick was able to discover neutron and also perform a controlled atom split experiment.

Discoverer of the Proton

Ernest Rutherford was the first discoverer of the proton. he was the son of James Rutherford, who worked as a farmer and helped raise him to the best of his ability. James just wanted to farm and make a lot of children, due to which he moved to New Zealand. Martha Thompson, Ernest Rutherford’s mother was a teacher at school. In his early days, Rutherford liked to play rugby and was also in the debating society. Also, in 1914 he was given a knighthood for helping on a secret project which involved the detection of submarines by sonar.

Under him Nobel Prize was awarded to James Chadwick for his discovery of neutron. Under Rutherford, Ernest Walton and John Cockcroft were also awarded a Nobel Prize for their atom split experiment using a particle accelerator. Another Nobel Prize was awarded to Edward Appleton under the mentorship of Rutherford for ionosphere existence. Rutherford also worked with J.J. Thomson on his work which led him to the discovery of electron. One of the few honors he was awarded with were Rumford Medal, Barnard Medal, Matteucci Medal, Franklin Medal, Faraday Medal, Copley Medal, the ever widely known Nobel Prize in Chemistry and many others. Rutherford was a perfect example of a genius because he had the ability to be the best in what he does but also be a perfect mentor to others and also lead them to greatness, and working with other geniuses like J.J. Thomson taught him that.

when was the proton discovered?

Proton was discovered in 1920. The discovery has surely made an impact on the world as the particle accelerators help us understand the world we live in and how things work. They are used by doctors to study and scientists to study proteins and viruses and is even used to treat cancer using PET scanners where proton are used for radiotherapy. The uses of it are endless and has surely changes the world we live in today.