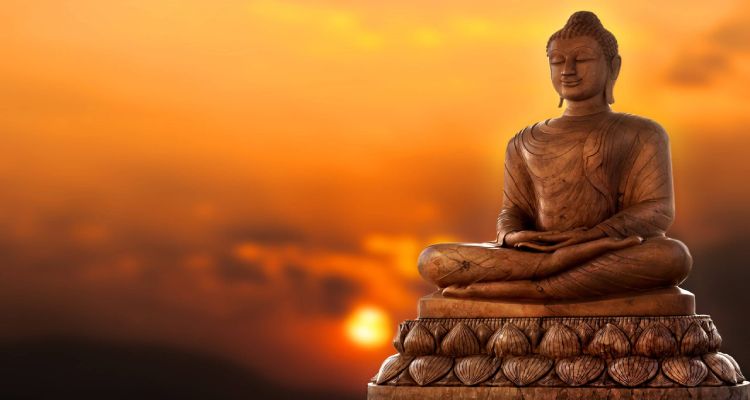 Siddhartha Gautama founded Buddhism in the 5th century BCE. It started in the eastern part of Ancient India in one of the most ancient kingdoms, Magadha which is now in Bihar, India. It is one of the major religions in India and is the fourth largest religion. Buddhism has a variety of beliefs, traditions, and spiritual practices. The Buddhist schools teach the path to liberation, the importance of scriptures, and different teachings.

Siddhartha Gautama was born as a Kshatriya in Lumbini, the Shakya Republic in the Kosala realm of ancient India, which is now in Nepal. Siddhartha was under the luxury and protection of his father, Śuddhodana who ruled Kapila Vastu from an early age. He saw the realities of the world and concluded that no one could escape from sorrow and suffering. He gave up his life of luxury to become ascetic. He felt ascetic could help in ending suffering. He decided to choose a middle way of living which was a path of moderation and didn’t indulge in self- mortification or self-indulgence.

He vowed under a fig tree, which is now the famous Bodhi Tree that he wouldn’t leave the place until he discovered the Truth. He attained Enlightenment when was 35 years old. Since then he was known as Gautama Buddha which means “the awakened one” or “the enlightened one.”

For the remaining of his life, he kept traveling central India and Gangetic Plain. He continued teaching his discipline and doctrine to different people. When he died, he had many followers.

There are many followers of Buddhism. Buddha showed the world the way to enlightenment. He explained suffering could give us liberation and taught the world to live a simple life-giving away luxuries.