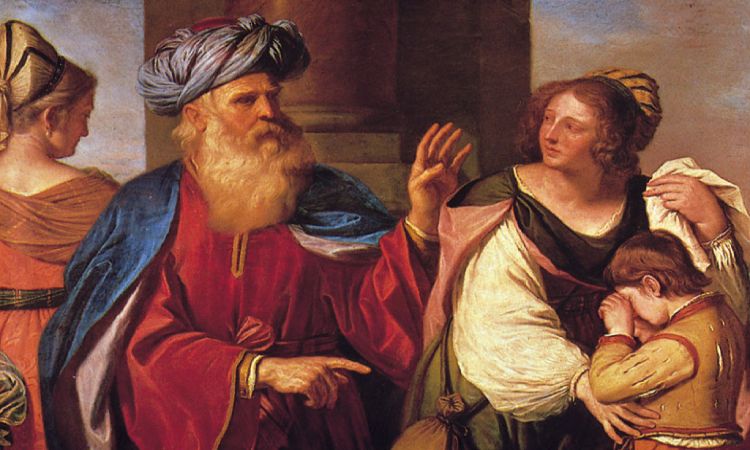 Abraham was the first Jew and the founder of Judaism. He is the spiritual and physical ancestor of Jews. He was also one of the three Avot or patriarchs of Judaism. The other patriarchs were Isaac and Jacob. Abraham also has a prominent contribution to Christianity and Islam. Judaism originated over 3500 years ago and in the Middle East.

Abraham, who was born as Abram in Ur situated in Babylonia. He lived with his father, Terah, and had a wife named Sarah. From the early childhood days, we always looked for truth and used to question his father’s faith as he used to sell idols. Abraham believed there was only a single Creator of the universe and just one God.

He tried convincing his father not to do idol worship. One day when his father left him alone, he smashed all the idols using a hammer. On returning, his father questioned about the smashed idols. To this, Abram replied, “The idols got into a fight, and the big one smashed all the other ones.” Terah said, “Don’t be ridiculous. These idols have no life or power. They can’t do anything.” to which Abram asked, “Then why do you worship them?”

The only creator Abram believed in, gave him an offer to leave Ur and his family and settle in Cannon. If he agrees, God will bless him and make him great. He decided to this, and this is ‘b’rit’ between Abraham’s descendants and God and is fundamental to Judaism.

As he didn’t have children, when he was 100 and his wife 90, God promised them children, Isaac who became the ancestor of the Jews. At this time, Abram’s name was also changed to Abraham which meant “father to many.” He was called so because when her wife was of past child-bearing age, offered her slave Hagar to Abraham who gave him a child name, Ishmael.

The tenth largest religion in the world was born, and there was corpus of practices, texts, organisations and theological positions which showed the world a new ray of hope.