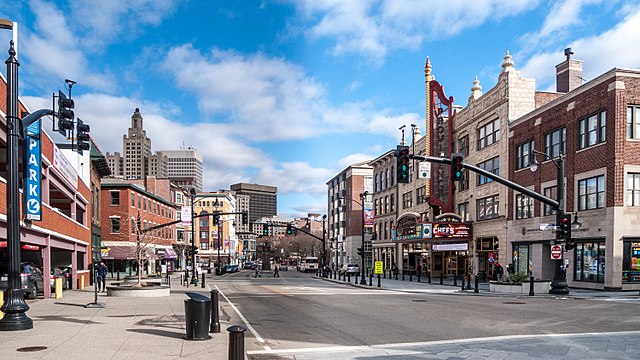 Roger Williams founded Rhode Island. The small state which played a big role in American history. It is one of the fifty states of the United States of America. It is situated in the northeastern part of the US mainland and is bordered by the state of Massachusetts in the north and west, Connecticut in the east, and the Atlantic Ocean in the south. Its official name, State of Rhode Island and Providence Plantations is the longest official state name of the United States. It is also sometimes referred to as “The Ocean State” owing to a large number of bays and inlets within the state boundary. These water bodies cover 14% of the total area of the state. One of the most famous Ivy League university, Brown University is also located in this state, in the city of Providence.

The foundation of Rhode Island is credited to a political, social, and religious leader named Roger Williams. He was a man of rational outlook who firmly believed in the noninterference of the church in the matters of the state. Roger Williams was also against land grabbing and land annexation from the Native Americans that’s why he founded Rhode Island. He held this belief when a major portion of America was in the colonial grip of the British and when the church had the final verdict on every issue. His dissentious behavior earned him banishment and he was ousted from the colony of Massachusetts. He along with his followers purchased a piece of terra firm from the native Indians of the Narragansett Bay and established a settlement there in 1636. This colony was based on the ideals of religious tolerance and non- interference of the church in the matters of the state.

Roger Williams was a firm believer in religious tolerance and that the religion of Christianity cannot flourish until Jesus Christ himself teaches the people how it should be. He always strived for a personal connection with God and believed in the idea of “soul liberty”. All his beliefs always kept him tussled with the church which ultimately led to his banishment from the region. His rational beliefs cemented his legacy in the history of the United States of America.

This state holds an important place in history. The colony of Rhode Island was the first to give up its allegiance towards English in 1779. It was also the fourth sovereign state to approve the Articles of confederation in 1778.

Today, Rhode Island is one of the most important states of the New England region. Rhode Island’s gross domestic product and per capita income are ranked 45th and 16th respectively in the country. It is also the 5th most energy-efficient state of the USA. Due to the huge number of bays and inlets, fishing forms the main economic base of the state’s economy. Its unemployment rate is remarkably low with only 10.2% of the population trapped in it. The school teachers of the state are also the highest-paid teachers in the country with an annual average salary of $75,028.