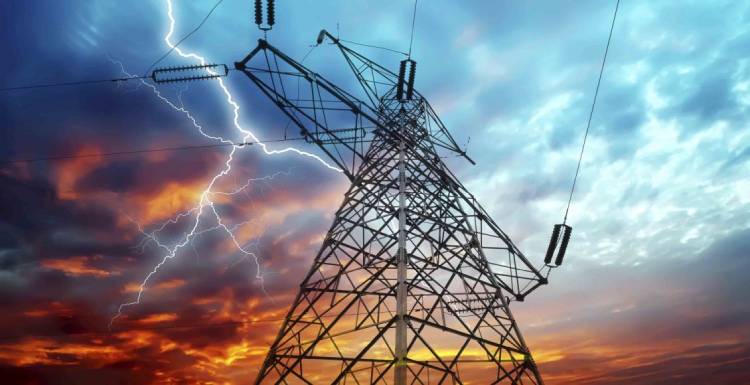 Benjamin Franklin is believed to be the first to discover electricity, but his experiments only established the relationship between lightning and electricity. There are many scientists and inventors who have played a vital role in bringing understanding and discoveries related to electricity to the forefront. The current article provides key milestones and individuals who have led to the discovery of electricity. Electricity is an integral part of our daily lives. We use it for communication, entertainment, transport, etc. It is hard to imagine our lives without electricity. It is difficult to credit a single individual or scientist with the discovery of electricity.

Discovery of Electricity and Breakthroughs

Electricity is a natural force that pre-exists. Hence, it cannot be invented but was only discovered. The discovery of electricity cannot be attributed to a single individual. Several individuals have contributed their part to the discovery and understanding of electricity as we know it today. One of the earliest modern-day proponents of the discovery of electricity was the English Physician William Gilbert. He used the Latin word “electricus” in the year 1600 to denote a force exerted by certain objects when they are rubbed together. Otto Von Guericke proved that vacuum existed. In 1660, he invented the first static generator- an invention capable of producing static electricity.

The Leyden jar which was a piece of important equipment for understanding electricity and its related concept was invented in 1745 by Pieter Van Musschenbroek and Edward Christian von Kleist. The Leyden jar stored and released electrical charge. During that time, electricity as a concept was understood as a mysterious liquid or force. When the jar was touched by Kleist, he got a shock powerful enough to floor him. It was named after the hometown of Musschenbroek and the University of Leyden. Henry Cavendish undertook tests to measure the conductivity of materials in the year 1747 and published his results.

Benjamin Franklin is credited by most people for the discovery of electricity. He was one of the best scientific minds during his time. Before him, scientists had made discoveries and understood electricity mostly as a static charge. Benjamin Franklin took this understanding to the next level by proposing that electricity had positive and negative elements and it flowed between these elements. He also undertook an experiment to prove that lightning is also a form of electrical discharge. He flew a kite through a thunderstorm. A metal key was tied to the kite to conduct electricity. In line with his ideas, the electrical discharge from lightning conducted through the metal key and flowed down the string to give him a shock. He did not get hurt in the experiment, but the shock he got was sufficient to prove his idea that lightning was indeed a form of electricity.

Charles-Augustin de Coulomb who was a French Military Engineer discovered Coulomb’s Law in 1779. The law described the electrostatic force and its dynamics. Luigi Galvani also played an important role in this field. He made frog muscles convulse by passing electricity through them. The electricity was passed using an electrostatic machine. This was the beginning of what we know as an electrical basis of nerve impulses. Italian physicist Alessandro Volta discovered that some chemical reactions could also create electricity. Using this discovery, he created a voltaic pile in 1800. The voltaic pile was a type of early electric battery that produced a steady current. In this regard, Volta can be credited as the first person to create a steady flow of electricity.

Joseph Henry researched extensively in the electrical field. He was the first person to discover that the power of a magnet can be amplified manifolds through insulated wire winding. He was able to get magnets to lift weights of up to 3500 lbs. through his experiments. His discovery significantly increased the utility and usefulness of magnets and paved the way for further related experiments and discoveries. He also discovered self-induction and mutual induction. He sent a current through a wire on the second floor of a building and succeeded in induced currents in the cellar located two floors below using similar wires. Other inventors and scientists were influenced by Henry’s findings and went on to further their understanding of electricity.

Thomas Alva Edison was one of America’s most brilliant minds and profound inventor. He solved the problem of indoor lighting in the country by inventing the first lightbulb. His invention was used to light up the New York street lamps in 1882. Later on, Nikola Tesla who is considered to be a genius along with Edison contributed to the birth of modern-day commercial electricity. His work with AC motors and alternating current (AC) is well known and respected. His patented electrical motor was then purchased by George Westinghouse and it was instrumental in transitioning the U.S. society is shifting from DC to AC current.

Electricity as a concept was known to mankind much earlier than its modern-day discovery. Ancient Egyptians as long back as 2750 BC knew about shocks from the electric fish. Their texts describe the electrical fish as the Thunderer of the Nile and the protector of all fishes. Patients suffering from ailments like gout or headaches were made to touch electrical fish in the belief that the electric shock may be able to cure them. Static electricity was known to ancient cultures around the Mediterranean. They knew that when amber was rubbed on fur, it could attract light objects to it due to the presence of electrostatic force.