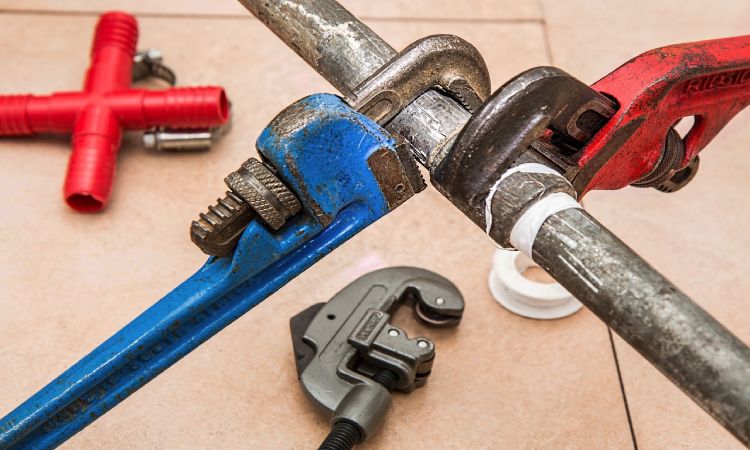 Plumbing is one of the most important inventions in today’s modern world. There are many different types of categories falling under plumbing. All the forms of plumbing systems are very important for the different types of infrastructural developments like residential houses, commercial buildings, public health, hospitality buildings, and other public hygiene structures. But have you ever thought about where this plumbing infrastructure came from?

As per archeological findings, some archaeologists have discovered water pipes from the period ranging from 4000 BC to 3000 BC. This is considered to be the first-ever plumbing system. These water pipes from the Indian civilization called Indus River Civilization can be carbon-dated to before 4000 BC. It has also been discovered that the Egyptians too had a thriving plumbing system in that era. Their ruler Menes seemed to have constructed numerous irrigation systems, canals, ditches, and different types of basins that can be configured as the modern plumbing system.

But when it comes to the modern design, Queen Elizabeth I’s godson, Sir John Harrington, is accredited to be the inventor. He first designed the first plumbing model for his godmother, which was installed in the Richmond palace. It is also noted in history that he designed the first working flushing water closet in history. His contraction, including a seat, a bowl, and a water cistern, was installed in his house for his private use.

Invention of the Plumbing System

The Greeks, Romans, Indians, and the Chinese all have thriving plumbing systems in their time. In the earlier eras, public baths are the best example of public plumbing facilities. The citizens of those civilizations had mastered the art of portable water supply and wastewater removal. A series of plumbing lines have been excavated in the sites of the Indus Valley Civilization that dates back to 2700 BC. Though it is seen that the materials vary between earthen pipes to lead ones, the idea for plumbing was well executed through them.

The word ‘plumbing’ comes from the Latin word ‘plumbum’ essentially meaning lead. The Roman civilization used lead pipes for drainage purposes and also for making baths. But after the fall of the Roman Empire, there was very little development in this sector. It was seen that though the citizens wanted a proper sanitization system, due to the lack of proper planning and development, there was no advancements made in the same.

Plumbing is one of the most important systems in today’s world. Without proper plumbing systems, the whole hygiene of any city would be tumbled. We have evolved a lot over the many years since plumbing came into existence. The design of the modern plumbing system differs from place to place, owing to the different needs of the users.

Over the years, plumbing has seen massive changes – from the technical design to the materials being used in the construction process. Thus, plumbing has a vast history and we must thank our ancestors for paying so much attention to plumbing!