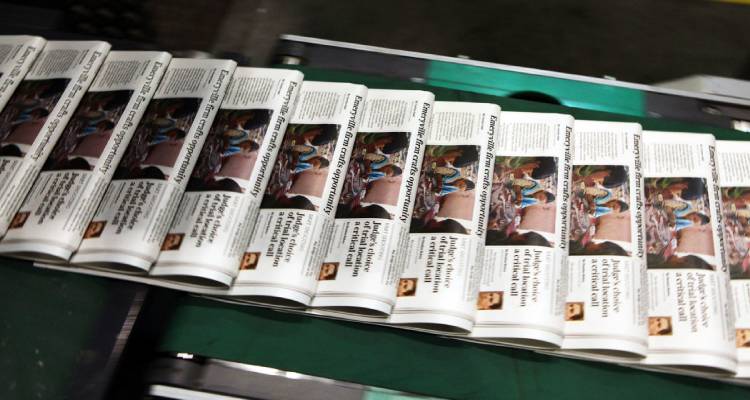 Johannes Gutenberg is widely recognized as the inventor of the printing press, revolutionizing the spread of knowledge in 15th century Europe. However, the history of printing actually dates back much earlier. Gutenberg’s press was a game changer, as it allowed for mass production of books using metal types. Other inventors had attempted to create printing presses using metal or woodcut papers, but it was Gutenberg’s method that proved to be the most successful.

From Gutenberg to Google: The Evolution of Print Technology and its Importance

The invention of the printing press is considered one of the most important events in human history, as it revolutionized the way knowledge and information was shared and disseminated. Before the printing press, books and other written materials were laboriously copied by hand, making them costly and rare. The printing press, first developed in the 15th century by Johannes Gutenberg, allowed for mass production of written materials, making books and other printed works more widely available and affordable.

Gutenberg’s invention was a major breakthrough in the field of printing, as it was the first time that a mechanical process was used to produce books on a large scale. Gutenberg’s press was based on the concept of moveable type, which allowed for individual letters and characters to be cast in metal and then arranged to form words and sentences. This made it possible to print multiple copies of a single document quickly and efficiently.

The printing press also played a significant role in the spread of knowledge and the development of education. Prior to the invention of the printing press, books were mainly found in monasteries and universities, and were only accessible to a small number of people. With the advent of the printing press, books became more widely available, making it possible for more people to access knowledge and learn. This had a profound impact on the development of science, literature, and the arts.

The origins of printing can be traced back to China and Korea, where early forms of printed documents were discovered. However, it was Johannes Gutenberg, a German inventor, who created the first mechanical printing press. Gutenberg’s press was revolutionary and enabled mass production of books using metal types, moving types and oil-based inks. This invention is considered a significant milestone in the development of humanity and it had a deep impact on the way we communicate and share knowledge.

In conclusion, the invention of the printing press by Johannes Gutenberg in the 15th century had a profound impact on human communication and knowledge management. It revolutionized the way books were produced and made them more widely available, which in turn, had a positive impact on the spread of knowledge and the development of humanity. The printing press was an essential structure for knowledge management and it’s still being used today in various forms.

How printing changed the world

The invention of the printing press revolutionized the way literature was produced and distributed. It allowed for large-scale manufacturing of books, magazines, and newspapers, making it possible to share ideas and information quickly and inexpensively. The printing press not only impacted literacy rates around the world, but also played a significant role in the spread of education and information.

The printing press made a major impact on the way people viewed the world. It served as a new form of communication, especially when other means were not readily accessible to everyone. It gave people access to information about events and situations happening in other parts of the city, country, and even the world. This newfound knowledge empowered people and allowed them to expand their understanding of the world around them.

Overall, the printing press has had a lasting impact on society and has only continued to gain popularity throughout the centuries.

The printing press has had a far-reaching impact on society, beyond just the production of books. It has enabled a new way of life in which communication and learning are more accessible and efficient. The printing press has created a global community of educated and informed individuals.

Advances in technology have continued to shape the way we consume and share information. The world has become smaller and more connected through new inventions and innovations. Today, digital media news is so prevalent that it’s easy to forget the origins of printed documents. The idea of printed documents has helped people to gain a deeper understanding of a wide range of topics and events.

With the help of newspapers and other publications, people can now access valuable information and entertainment for a small fee. Whether it’s about the weather, upcoming movies, or even a volcano eruption, all of this information can be found in the newspaper. People can now stay informed about even the most minor events happening in other parts of the world through publications or digital media news.

What is a printing press?

A printing press is a mechanical device used to transfer ink or other printable materials onto paper or other substrates. It typically uses a combination of type, ink, and pressure to create a printed image or text.

When was the printing press invented?

The printing press was invented by Johannes Gutenberg in the mid-15th century. He is credited with developing a system of movable type and a press that could be used to mass-produce printed materials.

How does a printing press work?

A printing press works by using a combination of type, ink, and pressure to transfer an image or text onto a substrate. The type, which is typically made of metal or wood, is arranged in a frame called a “forme.” Ink is applied to the type, and then paper is pressed against it, transferring the ink from the type onto the paper.

What are some common types of printing presses?

What are the advantages of using a printing press?

The advantages of using a printing press include the ability to mass-produce printed materials, high-quality output, and the ability to print on a variety of substrates. It also allows for a quick and efficient way of printing materials in large quantities.

What are the disadvantages of using a printing press?

The disadvantages of using a printing press include the high cost of equipment and maintenance, the need for specialized skills to operate the machinery, and the environmental impact of the ink and chemicals used in the printing process.

How has the printing press changed over time?

The printing press has undergone many changes over time, including the invention of movable type by Johannes Gutenberg in the 15th century, the development of steam-powered presses in the 19th century, and the advent of digital printing in the 20th century.