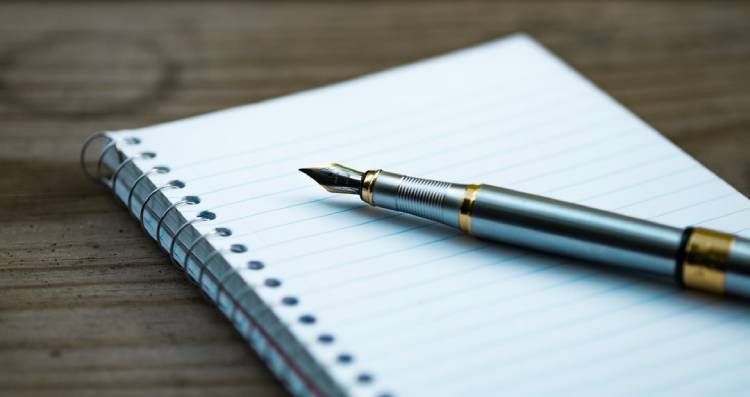 The ball pen was first patented by John J. Loud in 1888 in America. The design included a steel ball held in a socket which rotates and applies ink on the surface. Although the design was functional and did the intended work of writing on hard surfaces such as leather, but failed to work on paper and was deemed commercially unviable and thus the patent eventually lapsed without much success.

It was later in the 1930s when a certain someone called LászlóBíró grew tired of the tedious task of continuously refilling the fountain pens and dealing with the smudges that we find the ball pen re-emerged. He drew inspiration from the ink used in newspapers and decided to ask his brother György to develop a new formula for ink that dried quickly on paper and remained wet while inside the container.

The container for the ink along with the ball at the tip all had to go through a long process of trial and error along with the ink that was to be used before Biro would be able to file for a patent in 1938. He had to ensure that the ball socket was not too tight as to prevent the free movement of the ball or if the ink was too thick, it won’t flow, similarly, if the socket was too loose and the ink too thin, it would lead to overflow and smear the paper.

They created a closed reservoir that would store the ink which would be then pulled by the revolving ball at the tip while moving on paper. This ball would work both as a means to pull the ink to write on paper and as a cork to prevent the ink from flowing. The use of thick quick-dry ink turned along with the ingenious ballpoint mechanism that changed the world as we know it.

John J. Loud was a trainer lawyer from Harvard College and worked as a cashier at the Union National Bank. John was also interested in inventing and held the patents for Firecracker Canon and Toy Canon and he’d later be known for the invention of the ballpoint pen which though didn’t see much success during his lifetime would later make his name a part of the annals of history

LászlóBíró was just a normal Newspaper editor from Hungary who was just frustrated from having to fill up ink in fountain pens regularly along with the risk of smudging and the time that was wasted in simply cleaning up the mess. He got the idea to create a pen after noticing that the ink used in the newspaper was quick to dry and left no smudges and kept the paper dry. He then approached his brother György, who was a chemist, and asked him to develop a new ink formula to suit the needs of a ballpoint pen that was thick and would dry quickly, eliminating the possibility of a smear and at the same time ensuring that the ink remained inside the container and did not spill. Biro’s mechanism kept the ink from drying inside the reservoir and completely changed how pens worked and were perceived.

The brothers moved to Argentina in 1941 in search of fortune and an investor for their invention. They set up a factory in Argentina, formed the Bíró Pens of Argentina after filing for a fresh patent in 1943 in Argentina. Such was the popularity of the Birome that the British licensed the design, renamed it Biro, and supplied these modern marvels to their RAF pilots to use as the fountain pens would leak in high altitude under the high pressure. The patent was sold to Marcel Bich in 1953 whose company started making pens based on Biro’s design exclusively and created the brand BIC, a globally recognized manufacturer of ball pens.

How the Ballpoint Pen Changed World

The story of the ball pen is that of mankind’s constant search for a solution to everyday problems and illustrates how a simple need can transform a whole industry, and bring about long-lasting changes that could affect world events. Today’s world cannot be imagined without the everyday ballpoint pens used everywhere by everyone so much so that a time when most of the time was wasted in waiting for the ink to dry now seems something out of a fantasy story.

A fountain pen with its easily recognizable nib is seen as nobility among instruments used for writing. In the late 19th century and the early 20th century, pens had a fundamental defect, the ink would smudge and the written information will be lost, defying the very expectation one has from a device that is expected to increase the longevity of the written texts.

The pen that writes forever

First advertised as a pen that could work underwater and didn’t have to be constantly refilled, the biro ball pen left its first mark on history during the Second World War. The fountain pens were a nightmare for the pilots as they would leak at high altitudes and left no means for the pilots to write down information during their flight missions. The ball pen was the solution to this problem and thus the British licensed the patent and produced it for their RAF pilots.

The ballpoint pen saw its first major commercial success in U.S.A by the businessman Milton Reynolds who redesigned the pen so that he could patent it and sell it in the U.S. Marketed in the States as the pen that won’t need refilling for 15 years, ‘Reynolds Rocket’ was a huge success selling thousands of pens in a week.