Who Invented the Internet 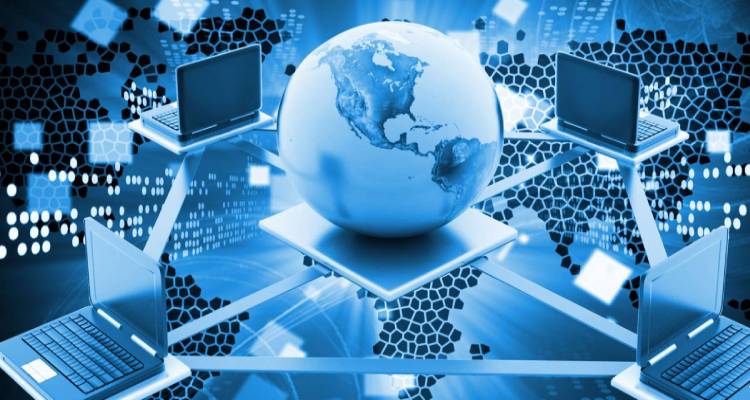 Here we are in 2019, and we can’t even imagine our lives without the internet. The Internet has become a huge part of our daily lives. We can’t imagine our life without the internet, such as the impact it has created. The Internet has brought knowledge and information on our tips. The Internet has made our life positive and easy. Gone the days when we had to go to a library to get some piece of information, we can do that easily by sitting at our place with just some clicks, all that is thanks to the internet. It provides us the knowledge that is useful for personal, social, and economic development. It is up to the user how he utilizes the time in a productive and useful way.

Today the internet is used in almost every field, whether you are a student working on a project, or a businessman looking to promote your business or you are looking to make new friends, all that can be done through the internet. The Internet has changed our lives drastically, just with few clicks we can order something from the shopping websites.

But do you ever question, why was the internet invented? And who was the one who invented the internet? If these questions ever came to your mind, then you are at the right place, here we will discuss the invention of the internet, how it is different from the World Wide Web, and some interesting facts about it.

The name is Leonard Kleinrock who is credited with the first concept for the internet with his paper,” Information Flow in Large Communication Nets” on May 31st, 1961. His work in this timeframe (which comprised his PH.D. work at MIT) was to form the mathematical theory of packed-based networks. In the same period, J.C.R. Licklider would become the head of the Information Processing Techniques Office (IPTO) United States Department of Defense Advanced Research Projects Agency or at DARPA.

He had his eyes set or dream of a world-wide network and would provide the vision that would later become ARPANET.

Licklider was not someone who had impeccable computer programming skills; for that, he recruited Lawrence Roberts to be the team leader that would eventually form and deploy ARPANET in 1967. Lawrence Roberts was the first engineer or scientist to implement the packet switching network that Kleinrock first created. This packet-switching form is still used as the primary means of transferring information to this day on the web.

So, it would be unfair to say that only a single person invented the internet. it was the outcome of years of collaboration among computer scientists, engineers and researchers. Technology experts cite government agencies as well as loads of individuals that played a key role in crafting what we know today as the internet.

The Internet got started in the 1960s. When J.C.R. Licklider a scientist with technology company Bolt, Newman and Beranek came up with the ideas about global networking in a series of memos unfolding an “Intergalactic Computer Network”.

His idea was to simply link the computers across the globe, and anybody close to a computer could share information. And Licklider had the right idea at the right time. The cold war left the United States looking for a communication network that could survive a nuclear attack.

Such brave ideas got made Licklider the director of the U.S. Department of Defense Advanced Research Projects Agency the agency responsible for crafting a time-sharing network of computers known as ARPANET, the precursor to today’s Internet.

In 1980 the NSF (National Science Foundation) began to craft a nationwide computer network that also included its supercomputers, called NSFNET.

In 1990, ARPANET was decommissioned. The NFC was looking to form a network that had nothing to do with government funding. The NSF removed restrictions on commercial use on its network and in 1995, the internet was privatized. And at that time, the Internet was 60,000 networks strong.

Introduction: Details History about the Invention of Internet

The internet has revolutionized communications and computer technology drastically. It has brought about a sea change in how we communicate with others. The first real blueprint arrived in 1961 when J.C.R. Licklider presented the idea of an intergalactic computer network. His vision was a globally connected computer network that could be used for quick data access and communications.

However, the first actual working prototype of the modern-day internet came in the late 1960s with the development of ARPANET (Advanced Research Projects Agency Network). The project was funded by the U.S. Department of Defense and it used packet switching to enable different computers to connect to and communicate on a network. ARPANET was able to deliver its first message from one computer to another in the year 1969. The message which was intended to be sent was “LOGIN”, however, the ARPANET network crashed and the recipient computer could only receive the first two characters of the message. ARPANET developed further and in 1972, Transmission Control Protocol and Internet Protocol (TCP/IP) was developed by Robert Kahn and Vincent Cerf. The evolution of TCP/IP created the pathway for the sharing of data and information between multiple networks. The TCP/IP was finally incorporated in ARPANET in the year1983 which allowed the assembly of a network of networks or the present-day internet. The internet became a more popular and household technology when the World Wide Web was invented by Tim Berners Lee in the year 1990. It helped immensely in the widespread adoption of the internet and making it what it is today.

Who Owns the Internet

While we all use the internet extensively in our daily lives, most of us may not know the answer to who owns it? The answer is that no one owns the internet and no single individual or organization can lay claim to owning it entirely. To understand this concept better, you need to be clear that the internet is more of a concept and intangible entity than a physical tangible asset. It is difficult to lay claim to ownership of a concept in totality. Internet is more like telecom which is not owned by anyone in entirety.

However, this does not mean that there are no owners in isolation or stakeholders of the internet. It is made up of different components that are owned by companies and individuals. These components owned by them do not make them the owners of the entire internet but their ownership can affect your quality of service when you access the internet. Physical infrastructure is an important component of internet traffic and is known as the internet backbone. The routers and cables which form a major part of the internet backbone are owned by few prominent companies. They are also known as the upstream Internet Service Providers (ISPs). If you want to access and enjoy the internet, then you will have to use the products and services offered by these upstream ISPs.

There are other organizations that oversee the working of the internet and the implementation of protocols. These include The Internet Society which is a non-profit organization in the field of developing policies and standards for the internet. The Internet Engineering Task Force (IETF) is an international organization with multiple working groups and each working group works on a specific aspect. The Internet Corporation for Assigned Names and Numbers (ICANN) is a private non-profit organization that manages the Domain Name System (DNS) and ensures that each domain name links to the correct IP address.

How Does the Internet Work?

Put in simple terms, the internet works through a packet routing mechanism in accordance with TCP/IP and other protocols. The TCP/IP is the foundation control system or protocol which is crucial for working on the internet. You can think of IP as an addressing system that identifies all the computers on a network through their IP address. Since each computer will have a unique IP address, it will know how to connect to other computers on the network. The DNS enables a computer to look up for the IP address for any website. it ensures that the domain name links to the desired IP address.

The TCP decides how data packets move between two computers on the network. It decides on how to get the data and breaks it into smaller packets for transmission. The internet consists of a large network of specialized computers which are known as routers. These routers control the transmission process of the data packets from one computer to another. Data packets generally move through multiple routers. If a router gets more data packets than what it can handle, then it can result in packet loss. The packet loss results as the router will need to drop some data packets based on its handling capabilities. The TCP performs re-transmission of packets in case of packet loss.

Use of the Internet for Educational Purposes

The internet has transformed almost every sphere of our lives and has made a permanent change in our lifestyles. It is widely being used for educational purposes as cost-effective and affordable learning and teaching medium. It can help to increase the outreach and access to quality educational resources to the remotest location. The learning process is also more inclusive and participatory as you can use different tools that help to capture your attention and lead to better learning and retention.

Social media has become another important pillar of the internet. It helps you to connect with people across the world instantly. You can share your views and opinions with a global audience without any hurdles or delays. You can start following subject matters and experts of your interest in social media which can ensure effective and faster learning. It can help you to develop better command on a subject matter and assist you in the research process. Social media also lets you build a social presence and credibility which is very important if you are considering brand building or career advancement. Social media is quickly becoming the go-to solution for most educational needs on the internet.

To Sum up, To conclude this, we can say that the internet has become the bread and butter for people out there. One day without the internet can result in a huge loss. With the advancement of technology, this need for the internet is only going to increase in the future.